“It does not matter how slowly you go as long as you do not stop.”
~Confucius 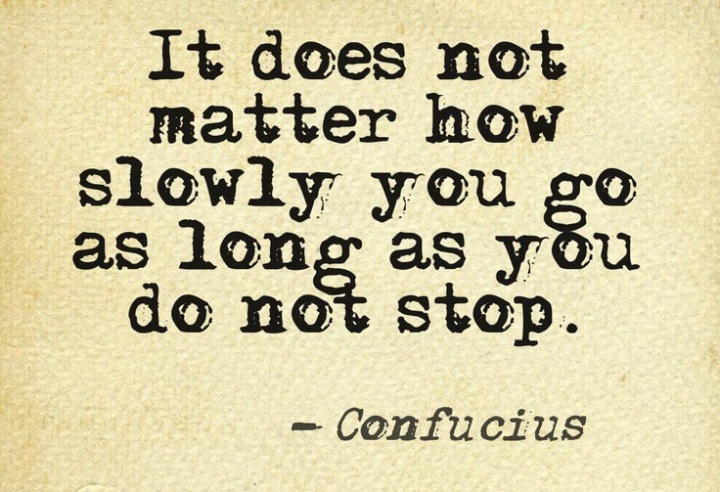 I didn’t mean to take a week off of the blog during my recovery from surgery, but the time  just got away from me.

I’m honestly not even sure how I managed to post a recap of the procedure so quickly, because I was basically asleep until Sunday. Most of those first few days postop were a total blur.

The recovery is a bear. This picture is a pretty accurate depiction of what it has been like thus far: 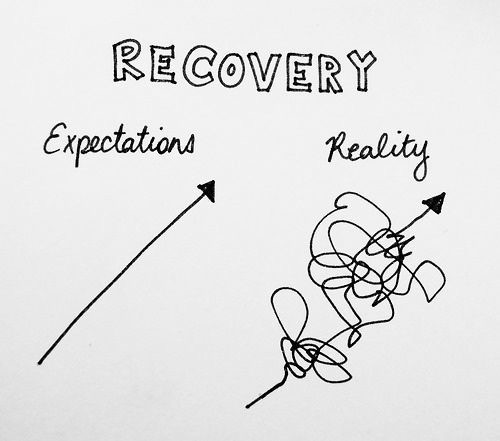 I owe you a full recap of the four days I took for recovery, but today I want to talk about my experience with returning to work.

Before I had my surgery, I had talked with my doctor about how many days I should take off of work to rest. He told me that he does the surgery on a Friday, and that most people go back to work Monday.

“Most people” also more than likely work a desk job, where they can sit while they work.

I stand, walk, lift, bend, squat, and twist for eight hours a day.

So, my boss and I decided that I would take five days off. The day of my surgery, plus four days to recover.

I went back to work on the Wednesday after my Laparoscopy, but it was a difficult day, because I started my period Tuesday night and it was terrible. The pain was difficult to manage, and since I was already tender, swollen, and constipated from surgery, the cramps were really not welcome. I ended up leaving work an hour early.

Thursday was actually even worse, and I left work after only four hours.

My husband and I both had yesteday off, but I went back to work today. Though the period cramping has ended, I find that I am still exhausted. All of this healing takes so much out of me, and I could barely stand as I headed home after my first full workday since the surgery. It probably didn’t make it easier that I worked until 10 pm tonight.

I’m laying on the couch now, nauseous, tired, and sore. My back hurts, and I’ve had a cramp in my right side since yesterday. It’s like an exertion cramp…the kind a person might feel after excersizing when they are not quite in shape.

One of my managers noticed how tired I was today, and we talked a little about how difficult coming back to work after surgery is. He suggested I work a slightly shorter shift for the next two days. I agreed, especially since I will be working six days in a row this week because of the upcoming Holiday. We close on Christmas, which is awesome, but it pushes my days off around.

So, for tomorrow and Monday I’ll be working a six hour shift instead of eight. Hopefully it will make a difference and be better for my continued recovery.

I’m super tired and feeling beat up after a long day, so I’m gonna try to get some sleep.

Thanks for the continued well wishes and support. It is incredibly helpful to feel so much love. 💚

8 thoughts on “My Recovery: Returning to Work Postop”