“I’m through accepting limits
’cause someone says they’re so
Some things I cannot change
But till I try, I’ll never know!”
~Wicked: Stephen Schwartz 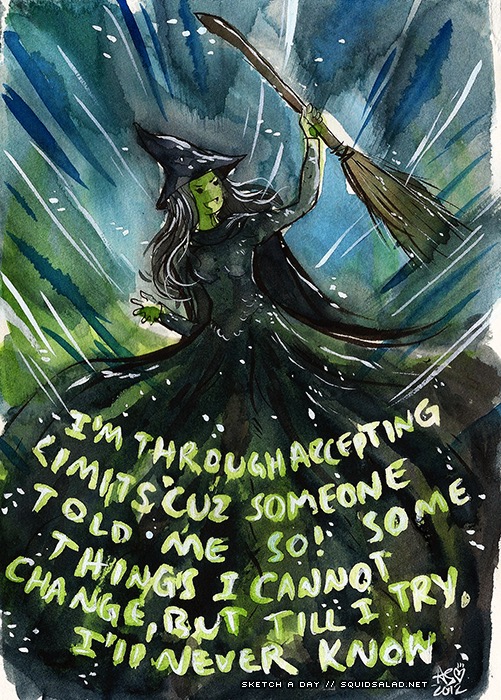 After a tumultuous first year of TTC, my husband and I were referred to a fertility specialist.

I was excited to be moving on with the process, especially since this was one of the few variables of this journey that I COULD control. I’m the type of person that is used to being able to dictate the outcome of something, by putting in the work involved. Infertility doesn’t work that way. No matter what I do, there is no guarantee that I will ever be able to conceive a child.

I think that is part of the reason this hurts so much. It would be so much easier to bare this pain, to spend the money, to suffer through the hormones and crazy mood swings, if I knew for a fact that one day this would lead to a baby.

Problem is, I can’t know.

It took me six weeks to get an appointment, and so in January 2016, my husband and I finally arrived for our initial visit.

Unfortunately, because of a recent promotion my husband had received, our insurance was messed up. We didn’t know anything about it until we walked through the door of the office and checked in. I stood outside the building sobbing hysterically as my husband called the HR rep at his company.

I was so heartbroken. This visit was the one thing I had been clinging to. It was my glimmer of hope, and now I was watching that last hope shatter into pieces. I felt like my husband was on the phone forever, but he finally hung up and told me that our insurance would be corrected in a few days. Luckily, the office was able to reschedule us for the very next week, so I left with my spirits somewhat lifted.

We returned the following week, and were quickly ushered in for our sit down with the doctor. We talked about my preliminary labs (the blood work which had been run by my OB). That doctor had told me everything was fine, but my specialist told me that he had ordered the blood work at the completely wrong part of my cycle and that they were useless.

That was rather annoying to hear, but only a minor setback.

We also discussed our medical histories. Nothing that either of us said raised any red flags for the doctor until he asked about my periods. I told him that they were uncomfortable, but nothing out of the ordinary. I never missed work because of them, or anything like that.

My husband told the doctor that was a lie. He told him stories of having to walk to the store in the middle of the night to buy me naproxen because I was doubled over in pain, sobbing.

This was true, but having lived with this type of pain for my entire life, I had not realized it wasn’t normal. I just assumed that was how bad it was for all women.

The doctor told me that based on that information alone, he was 80% sure that I have endometriosis. He cannot diagnose me fully until I have surgery, but he is an expert in the field, and is confident of his assessment.

I was certainly not pleased to hear that what was wrong with me, was the leading cause of infertility in women. In fact, I was completely distraught. I would need time to process those feelings though.

We also needed to redo my blood work, since the initial labs were not valid.

The best thing about a specialist is that everything is pretty much available in the office. I didn’t need to go to Quest or another outside lab. I just had to call when I was at the correct phase in my cycle, and tell them I was coming in for blood work.

That part was quick and easy. I went in on my way to work, they took my blood and that was it.

We also scheduled my HSG that day. I remember being told that it would be fast, simple, and relatively painless.

Well, the fast part was true enough…but painless it was not.

3 thoughts on “Our Infertility Story: The Specialist”